We Need to go Deeper Wiki
Register
Don't have an account?
Sign In
Advertisement
in: Spoilers, The Meteor

Edit
watch 01:25
Jurassic World: Dominion Dominates Fandom Wikis - The Loop
Do you like this video?
Play Sound
This article or section may contain spoilers. You might want to avoid reading further if you don't want to spoil the surprise for yourself! 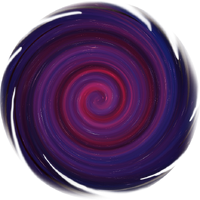 The Space of Scholars is a special "Expedition" which can only be accessed shortly after awakening The Ancient One, through a portal that appears around the Submarine.
As its name suggests, is populated by the mysterious Scholars, and serves the purpose of instructing players holding a Translation Book on how to fix their cosmic mistake, and give cryptic hints at the Lore of the We Need to go Deeper universe.

The Scholars are the oneiric inhabitants of the Space of Scholars.

The Scholars are alien entities possessing a cone-shaped, segmented body capable of withstanding the environment of the cosmos. They have four orange tentacles that emerge from the first three segments of their body, on which segments a bright yellow crystal - not unlike those found in the Cursed Waters - is deeply encrusted. Their heads are comprised of four pink-ish tubular protusions, two thin tentacles and an amalgamation of dozens of large eyes, painted in an unearthly green glow.

The History of the Scholars is not well understood, but due to their dialogue and name itself, it is believed that their goal is to acquire utmost knowledge of the universe they inhabit. They seem to have achieved a nearly omniscient sight over the Earth (or at least the Meteor), and if you awaken the Ancient One, they will quickly transport you to their realm in an attempt to give you the knowledge necessary to fix your mistake, and prevent the destruction of the universe in the hands of the mindless Being you had just unleashed.

The Scholars will only be seen in a given run should you decide to awaken The Ancient One, and thus will not appear in the Endless Mode. After awakening the Being, they will quickly create an inescapable Portal around your ship which will bring you to the Space of Scholars, and they will inform you of your mistake and how you can put the Ancient One back to sleep, which can only be understood if someone is holding a Translation Book.

Additionally, should you get the bad ending, you will also be teleported back to their realm, where they will be absent and the crew will be forced to slowly die drifing in Space. Although it is not known why that happens, it is possible it is meant to be a punishment for the players having unleashed madness upon the Universe.